Anavar is a DHT derivative anabolic steroid, falling under the family of DHT derived anabolic steroids. As such, Anavar is essentially Dihydrotestosterone with a methyl group attached to the 17th carbon (known as C17 Alpha Alkylation), which is the chemical structural modification that allows the anabolic steroid to survive the first pass through the liver when ingested orally, and allows the anabolic steroid to be more resistant to hepatic metabolism. It also contains a modification at the 2nd carbon of the first cycloalkane ring, whereby the 2nd carbon is removed and replaced with an Oxygen atom. This is what structurally makes Anavar extremely unique among all anabolic steroids, as it is the only anabolic steroid to possess a direct modification (the complete replacement of a carbon atom with a different atom) in its ring structure. It is this modification that is believed to increase the anabolic strength of the hormone in comparison to its parent hormone DHT. One of the methods by which this modification increases Anavar’s anabolic strength (in comparison to DHT) is believed to be an increased resistance to the enzyme 3-hydroxysteroid dehydrogenase, which is the enzyme highly abundant in muscle tissue that is responsible for the conversion of Dihydrotestosterone into a non-anabolic inactive metabolite. Hence this is the reason as to why Dihydrotestosterone is not anabolic in muscle tissue, as it is essentially deactivated by 3-hydroxysteroid dehydrogenase before it can act on androgen receptors in muscle tissue.

Anavar or Oxandrolone is specifically a dihydrotestosterone (DHT) hormone that has been structurally altered. It is DHT with an added oxygen atom replacing the carbon-2 in the A-ring. This alteration greatly increases the hormone’s anabolic activity, as well as prevents it from being metabolically broken down. Anavar also possesses a second alteration at the 17th carbon position by the addition of a methyl group that allows the hormone to be ingested orally officially classifying Anavar as a C17-aa anabolic steroid.

As a therapeutic agent, Anavar has proven to be effective for numerous treatment plans. The most common reason the steroid is prescribed is for the purpose of weight gain necessitated due to surgery or infection or any type of severe weight loss. Anavar has also been proven to be extremely effective for treating over or prolonged exposure to corticosteroids, as well as for treating osteoporosis by the promotion of bone density. However, such uses are rare in the U.S. currently due to strict laws despite this steroid’s tremendously successful and positive track record. Anavar has also proven to be effective for treating hepatitis, as well as promoting growth and development in children who lack the necessary hormone production.

Anavar is also a very popular anabolic steroid among performance enhancing athletes. By looking at its therapeutic benefits, we should already have an understanding or appreciation as to what such benefits might be. While mild on its surface, Anavar carries a massive anabolic that is 3-6 times stronger than testosterone. Anavar’s anabolic rating is 322-630, while testosterone, a powerfully anabolic hormone carries a rating of 100. This would insinuate the muscle building properties of this steroid are tremendous; however, the rating does not translate into real life action quite like you might think. For the off-season male athlete, this will not be what we’d consider a premier bulking steroid; in fact, we’d call it weak for this purpose. But, its anabolic power will translate tremendously in a cutting cycle, or for the purpose of direct athletic enhancement. We will also find that the androgenicity of this hormone is rather low, making one of the friendliest steroids for female use.

When looking at the direct functions and traits of Anavar, the most important revolve around its ability to increase nitrogen retention in the muscle, decrease SHBG and inhibit glucocorticoid hormones. The increase in nitrogen retention will promote the anabolic atmosphere as reduced levels often lead to a catabolic state. The decrease in SHBG will yield a higher level of free testosterone in the body, not only providing more of an anabolic punch but promoting a free or unbound state of all circulating anabolic steroids. In simple terms, this makes the steroids being used more effective. As for the inhibition of glucocorticoid hormones, these are muscle wasting hormones; cortisol being the most well-known. Such hormones promote fat gain, as well as destroy lean muscle tissue. Anavar is also well-known for promoting increases in red blood cell count, which will enhance muscular endurance. Some studies have even shown this steroid has the ability to promote enhanced cardiovascular endurance. Last but not least, Anavar is one of the only true fat burning steroids. Most all anabolic steroids will enhance the metabolic rate, which will promote fat loss, but Anavar has been shown to directly promote lipolysis. Many attribute this to its ability to firmly bind to the androgen receptor, as well as in its ability to reduce thyroid-binding globulin, as well as increase thyroxine-binding prealbumin. This action results in the triiodothyronine hormone or T3 hormone being utilized to a higher degree. The fat burning results of Anavar are not entirely conclusive; there have been a few studies that produced alternate results as it pertains to fat loss. However, most data strongly supports the Oxandrolone hormone being a strong promoter of lipolysis.

As previously touched upon, Anavar is hailed with praise among bodybuilders, athletes, and the medical community for its incredible side effect-to-benefit ratio and its general lack of negative side effects in comparison with many other anabolic steroids.

Estrogenic side effects are completely nonexistent with Anavar due to the fact that it is a derivative of DHT, which is an androgenic hormone that is already unable to convert into Estrogen. As such, Anavar retains this characteristic. In other words, the side effects typical of Estrogen (such as water retention, bloating, fat retention/gain, and development of gynecomastia) are completely unseen. In addition to a total lack of Estrogenic activity, Anavar also completely lacks any Progestogenic activity as well[3], thus negating any potential negative effects there too.

Although Anavar is comparably less androgenic than Testosterone by a great deal, side effects here can still surface especially in those individuals who may be sensitive to androgenic side effects. These can include increased oily skin, acne, hair growth increases in the face and body, and risks involving male pattern baldness (MPB) as well as benign prostatic hyperplasia (BPH). 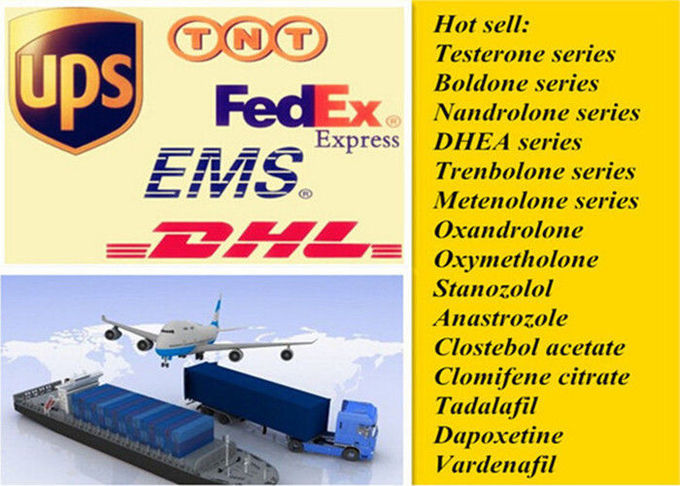