CJC-1295 is a Long acting GHRH analog hormone-releasing hormone (GHRH), also known as hormone-releasing factor (GRF or GHRF) or somatocrinin, is a 44-amino acid peptide hormone produced in the hypothalamus by the arcuate nucleus. GHRH stimulates hormone (GH) secretion from the pituitary. GHRH is released in a pulsatile manner, stimulating pulsatile release of GH respectively.

Research study participants for often cycle doses 2-3 times per day (ex: before breakfast, before bed, and after exertion) for a period up to several weeks. These cycles, or pulses are meant to closely mimic natural secretion of GH. For CJC 1295, dosing is less frequent since the half-life with DAC is up to 8 days. Therefore, the cycle for CJC 1295 with DAC calls for once weekly injections that result in an overall increase of secretion of GH. At this point, research does not show any significant advantage for one cycle over the other, so it is a matter of personal preference.

Mod GRF 1-29 is typically provided in vials containing 2 mg of lyophylized powder, though the amount can vary. The contents should be reconstituted by adding a convenient amount of sterile or bacteriostatic water. If for example 2 mL is chosen and the dosing of the vial is 2 mg, the resulting solution then has a concentration of 1 mg/mL, or 1000 mcg/mL.

Injection may be subcutaneous, intramuscular, or intravenous, according to personal preference. If desired, peptide solutions from other vials, such as a vial of a GHRP product, may also be drawn into the same syringe. This reduces the total number of injections required.

I ordinarily recommend a dosage of 100 mcg Mod GRF at a time, simultaneous with injection of a GHRP. For maximum effect, dosing is preferably three times per day at times of low blood sugar, for example about 30 minutes before a meal, but where use is ongoing, a common use is once per day prior to sleep.

Lyophilized MOD GRF 1-29 is stable at room temperature for 90 days, however it should be stored in a freezer below -8°C for any extended period of time. After reconstitution, may be stored for a maximum of 14 days in a refrigerator at 2°C - 8°C. Store vials in an upright position. Store MOD GRF-129 refrigerated between temperatures 2°C - 8°C. Keep in the outer carton in order to protect from light. For one month can be stored at room temperature. 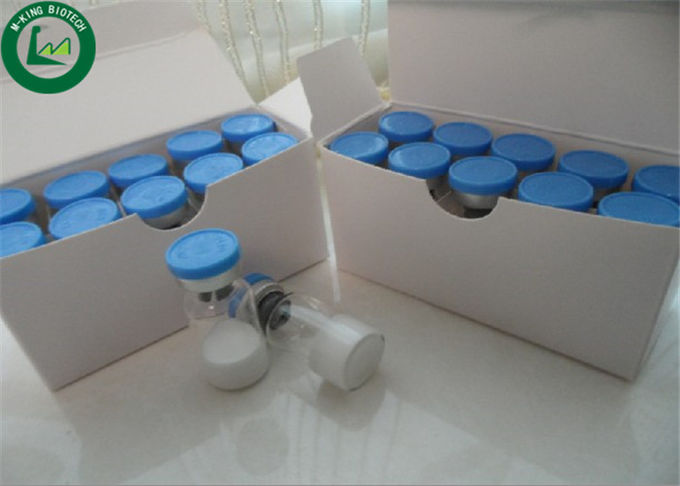