Melanotan 2, formally known as Melanotan-II, is an artificially synthesized peptide analogue of the naturally occurring hormone α-MSH, that may elicit melanogenic, aphrodisiac and anorectic effects through non-selective stimulation of melanocortin receptors. It consists of seven amino acids with a molar mass of 1024.180 Da.

Melanotan 2 was first created in the course of research conducted to develop a preventative measure against skin cancer. The research focused on creating a compound that was capable of stimulating a natural tan before exposure to sunlight. This is because the body's natural defense mechanism against UV skin damage is a tan.

How Does it Work?

In the body, alpha-MSH is responsible for stimulating melanin production in the skin, a process called melanogenesis. Melanotan 2 mimics the effect of α-MSH, stimulating the body to produce more melanin than it would naturally. As a result, it is a powerful tanning agent when used with sun or UV exposure.

Melanotan 2 works by acting as a non-selective agonist of melanocortin receptors MC1, MC3, MC4, and MC5. The differing properties are thought to be resultant of specific individual receptor activation. For instance, its tanning abilities are believed to stem from the compound's activation of the MC1 receptor. Conversely, tanning peptides' stimulation of sexual arousal and libido may result from MC3 and MC4 receptor activation.

Melanotan 2 stimulates the body's endogenous production of melanin, the brown pigment responsible for skin color. When the skin is exposed to ultraviolet rays (from the sun or tanning bed), melanin production increases in order to protect the skin from the potentially damaging UV rays. Tanning peptides further increase this natural production, resulting in a more rapid, darker skin tan. Melanotan 2's ability to enhance skin tanning has been demonstrated by dosage in several clinical studies and shown to be effective for this purpose in humans.

Melanotan 2 use may also result in favorable effects on sexual function, stimulating erections in men and increased blood flow to the genitalia in both sexes. Spontaneous penile erections have been shown to frequently occur in male users where there is no physical impairment to erectile function. Studies have also suggested that it may increase the desire for sex (libido) in men and women. Likewise, it has been investigated as a possible treatment for Female Sexual Arousal Disorder, or FSAD.

Melanotan 2 results extend to fat loss in clinical studies, resulting in favorable effects on body composition. This effect is thought to occur through two different mechanisms. One common side effect is appetite suppression. This leads to decreased caloric intake, which can lead to increased fat burning and decreased body fat accumulation.

Studies have indicated that it has direct stimulation of fat burning as well. A 2007 study performed on mice demonstrated that it resulted in reduced weight and body fat in obese subjects. An additional study had similar findings, concluding that tanning peptides likely reduced body fat through enhanced lipid mobilization, or the burning of body fat for energy.

Most users report little to no side effects from Melanotan 2. At recommended low (but effective) dosages, the most commonly reported side effects are mild facial flushing, nausea, dizziness, and lethargy. These typically pass quickly, often within a matter of minutes or seconds. Further, also common among male users is the appearance of spontaneous erections. Still, users may be indifferent to this side effect or even look upon it as a benefit.

Less common but more severe side effects may occur with excessively high dosages. These can include stomach pains, bloating, cramping, and severe constipation. Additionally, the potential for muscle, back, liver, and kidney pain to occur has been reported in individuals that take too much. Further, the manifestation and/or worsening of hypersensitivities, including asthmatic and bronchogenic symptoms, can be an additional sign of taking too much.

However, most users of the Melanotan 2 peptide will find any side effects that do occur to be mild and manageable. It is crucial to start with a low, conservative dose and increase gradually, only when sure that the smaller dose is well-tolerated. View our User Guide for more information. 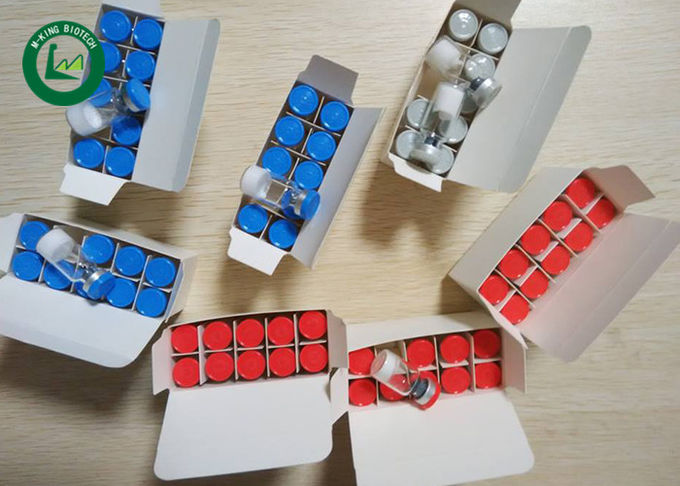