Masteron (Drostanolone) is a unique anabolic steroid because of the way it is derived from DHT (dihydrotestosterone). It is altered by the addition of a methyl group at the carbon 2 position. This structural change is what makes masteron anabolic, and what makes it function the way it does.

Masteron is extremely popular in bodybuilding; in fact, it's used in cutting, hardening, and even as an aromatase inhibitor (AI). This makes it a great choice as a finisher during a cycle; though, it should always be stacked with other steroids to get the most benefits out of it. It is especially a good choice with aromatizing compounds like testosterone and dianabol because it works in synergy to counteract estrogen based water weight.

Drostanolone Propionate is a dihydrotestosterone (DHT) derived anabolic steroid. Specifically, Masteron is the DHT hormone that has been structurally altered by the addition of a methyl group at the carbon 2 position, This protects the hormone from the metabolic breakdown by the 3-hydroxysteroid dehydrogenase enzyme, which is found in the skeletal muscle. It also greatly increases the hormone’s anabolic nature. This simple structural change is all it takes to create Drostanolone, and from here the small/short Propionate ester is attached in order to control the hormone’s release time. Drostanolone Enanthate can also be found through some underground labs, which does not have to be injected as frequently, but it is somewhat rare compared to the Propionate version. The majority of all Masteron on the market will be Drostanolone Propionate.

On a functional basis, Masteron is well-known for being one of the only anabolic steroids with strong anti-estrogenic properties. Not only does this steroid carry no estrogenic activity, but it can actually act as an anti-estrogen in the body. This is why it has been effective in the treatment of breast cancer. In fact, the combination of Masteron and Nolvadex (Tamoxifen Citrate) has been shown to be far more effective than chemotherapy in the treatment of inoperable breast cancer in postmenopausal women. This also makes it a popular steroid among bodybuilders as it could actually prohibit the need for an anti-estrogen when used in the right cycle. This will also prove advantageous during the cutting phase due to the hardening effects it can provide.

Masteron carries relatively low anabolic and androgenic ratings; however, these ratings are somewhat misleading. It’s important to remember DHT, the basis of Masteron, is five times more androgenic than testosterone with a much stronger binding affinity to the androgen receptor. This again promotes a harder look and can also enhance fat loss. Most all anabolic steroids are well-noted for enhancing the metabolic rate, but strong androgens have a tendency to directly promote lipolysis.

As an anabolic, Masteron isn’t well-known for promoting gains in lean muscle mass. It has never been used for muscle wasting in a therapeutic sense and will almost always be found in cutting plans among performance athletes. It can, however, promote significant boosts in strength, which could prove beneficial to an athlete who may not necessarily be looking for raw mass.

Masteron Enanthate (Drostanolone Enanthate) is a dihydrotestosterone (DHT) based anabolic steroid. Drostanolone is simply the DHT hormone structurally altered. The alteration exists through the addition of a methyl group at carbon position 2. This ensures the hormone doesn’t suffer metabolic breakdown brought on by the 3-hydroxysteroid dehydrogenase enzyme found in the skeletal muscle. This simple structural change also makes the hormone far more anabolic, and that gives us Drostanolone. Once the hormone has been created, altered from DHT, an ester is then attached, and in this case the ester attached is Enanthate. Enanthate is not a steroid or a drug but nothing more than a timing tool used for a drug.

As with Masteron Propionate, Masteron Enanthate is well known for being one of the only anabolic steroids that carries strong anti-estrogenic properties. This anabolic steroid cannot increase estrogen levels; in fact, it can actually decrease estrogen levels in the body. It is for this reason Drostanolone was successful in breast cancer treatment with the combination of Drostanolone and Tamoxifen being very commonplace for many years. Bodybuilders welcome this trait due to estrogen often being difficult to control with many steroids and lower estrogen levels often leading to a harder and more defined look during the cutting phase.

Masteron Enanthate possesses some of the most misleading anabolic and androgenic ratings of any anabolic steroid, although not nearly as misleading as Halotestin and Anavar. Drostanolone has a binding affinity to the androgen receptor that is five times greater than testosterone, which not only produces a harder look it can also have a positive impact on fat loss. All anabolic steroids can help improve the metabolic rate, but those with a strong androgen binding affinity can have an impact on direct lipolysis.

How to place an order:

1st: Please let me know - which product, quantity, and the destination country.
2nd: Come to an agreement on all details.
3rd: Parcel would be delivered upon full payment received.
4th: Tracking No.will be provided upon we get it.
5th: You will get the parcels in 7-10 days.
6th: After-sales service would be provided.

1. Rich experience: having been specialized in this field for years.

2. Great quality and high purity: all of our products enjoys high purity, strictly test before sale.

3. Safest and fastest delivery: we have mass stock, so that we can arrange the delivery within 24hours once receiving the payment. Tracking number would be informed quickly after shipment.

4. Good after-sales service: We will tell you the package updated info. ASAP. And try our best to solve various problems customers encountered! 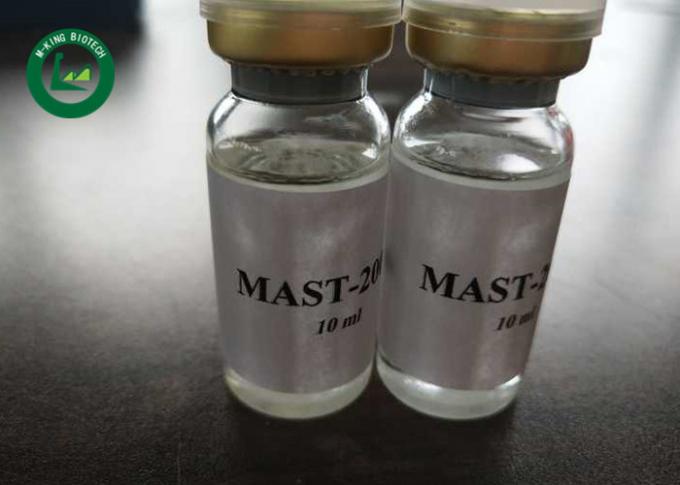