Ansomone is a kind of sterile, lyophilized formulation of Recombinant Human Growth Hormone (HGH). It used to be 192 amino acid sequence (somatrem) but has since been changed to 191 amino acid (somatropin). Ansomone is derived from engineered E.coli bacteria, which then produce growth hormone identical to the human body’s naturally produced HGH. Ansomone is indicated for growth failure due to endogenous growth hormone deficiency (GHD) and Turner disease or Kidney failure.

It is reported that the equal pharmacological effect could be achieved via subcutaneous (sc) or intramuscular (IM) administration. Even though SC may lead to a higher concentration of GH in plasma, IM also yields equal in crease of the IGF-l hormone levels.

Between the years 2005 to 2007 Ansomone used to be abundantly available on the black market. It was technically not a black market, since growth hormone was not categorized as illegal then. Following Chinese government’s crackdown and temporary shutdown of most growth hormone manufacturers Ansomone has disappeared from the market. In the recent years many counterfeit copies of Ansomone popped up on the internet. It is believed that most of it today is counterfeit. 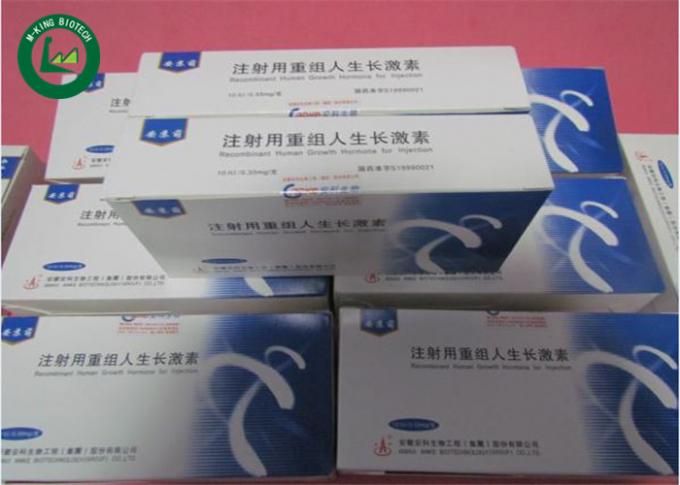