Ostarine, also known by its trade name Enobosarm, Ostabolic, or its original research chemical name MK2866, is not an anabolic steroid, and instead belongs to the newest form of experimental performance enhancing drugs known as SARMs (Selective Androgen Receptor Modulators). SARMs are a relatively new aspect of medicine as well as performance and physique enhancement. Like all other SARMs, it is currently an investigational new drug and is not yet manufactured and administered as an actual medicine. It is currently involved in clinical trials.

Merck & Company originally developed Ostarine, until it was taken over by GTX, Inc. Its intended use in medicine is for the treatment of muscle wasting conditions and osteoporosis, which is where the majority of the research and clinical trials focus on. It is also being investigated for its potential to prevent/treat other conditions, such as cachexia, sarcopenia, and hormone or Testosterone replacement therapy (TRT).

Like others in the SARM family, Ostarine binds with and activates the androgen receptors in the human body selectively, in such a way as to promote effects such as muscle gain, anti-catabolism, and strength-gains. It does this whilst avoiding androgen receptors in other areas of the body, such as the prostate, scalp, skin, etc. that tend to exhibit negative side effects.

This has brought much attraction by the athletic and bodybuilding community to Ostarine, so much so that in fact the World Anti-Doping Agency in January of 2008 had developed blood tests to detect it.

Ostarine is purportedly the most anabolic of all of the SARMs currently available.

Chemically, like all other SARMs, Ostarine does not possess any semblance to the traditional structure of anabolic steroids. The chemical structure of Ostarine has not been completely publicly disclosed by GTX, Inc. Although the company has not actually disclosed Ostarine’s chemical structure, the chemical composition can be found in databases of patents (in WIPO, for example), and has also been discussed in literature of various primary study sources.

It is important to note that Ostarine is actually frequently mistakenly linked to the chemical structure of Andarine (also known as S-4). Specifically, Ostarine is known as an aryl propionamide. It differs from Andarine via the replacement of the nitro and acetamido moieties on the phenyl rings, and they are replaced with cyano substitutions.

Studies have demonstrated that Ostarine, if utilized in higher than recommended dosages, can suppress endogenous natural Testosterone production in the male human body. The same side effect can occur if Ostarine is utilized for longer than a period of 5 weeks. Therefore, it is indeed suppressive to the HPTA (Hypothalamic Pituitary Testicular Axis), and some sort of a post-cycle therapy (PCT) protocol is warranted.

Because Ostarine is not an anabolic steroid by nature, it carries none of the classical side effects of anabolic steroids, other than what has already been mentioned in this section. Ostarine does not exhibit any known estrogenic, androgenic, hepatotoxic, or cardiovascular side effects.

It must be noted that because Ostarine, like all other SARMs, is very new and young in their development as a medicine and a PED (performance enhancing drug), it is possible that future studies or usage by individuals may lead to the discovery of as-of-currently-unknown side effects.

Dosing and Administration of Ostarine

Most users, for the purpose of performance and physique enhancement, tend to utilize an Ostarine dosage of 12.5 – 50mg per day, with 50mg being the upper limits, of course. In one 3-month long study using 120 non-weight training, elderly individuals, it was revealed that Ostarine led to a dose dependent increase in lean body mass, with the largest dose group (3 mg/day) averaging an increase in lean mass of 3.1 lbs. Other anecdotal reports from bodybuilders and athletes using this compound often remark that 25mg per day seems to be the perfect and most common dosage. Venturing higher in the zone of 30+mg per day is usually only recommended for those who are weighing in at around 210lbs or heavier, and will start to exhibit HPTA suppression in the user.

For the purpose of injury, bone, and joint healing, individuals can experience satisfactory results with the minimum dosage of 12.5 – 15mg per day.

Being that Ostarine is near-perfect for female users, females can do well within the range of 6 – 12.5mg per day.

Ostarine is administered orally, and exhibits a half-life of approximately 24 hours, and therefore can easily be administered one to two times per day. It is up to the individual as to whether he or she wishes to administer half of their daily dosage in the morning, followed by the other half in the evening.

Ostarine cycles are run in the range of 5 – 8 weeks. Those who do not wish to experience the potential for HPTA suppression and endogenous Testosterone production shutdown would do well with maintaining Ostarine cycles of no greater than 5 weeks. Cycles longer than 5 weeks (or dosages well above 25 – 30mg per day) will require some sort of PCT protocol following the end of the cycle.

Some users have ventured into uncharted territory in experimentation with this compound, running 16 week cycles of Ostarine, and even combining/stacking it with other SARMs, such as Andarine and Cardarine.

Ostarine has also found other types of uses as well, including what is known as ‘bridging’ between anabolic steroid cycles. Bridging is the act of utilizing some other compound to maintain muscle mass in between anabolic steroid cycles. These bridging compounds usually have the common factor of being non-suppressive (or at least, very minimally suppressive) to the HPTA whilst being able to promote anti-catabolism and muscle growth.

Ostarine During Post Cycle Therapy (PCT) and Bridging with Ostarine

Although the use of SARMs during PCT and as a bridging compound as a philosophy of use has become common (and logical reason to do so), Ostarine is an exception to this. It is not recommended to do so with Ostarine because of its negative side effect of suppression of the HPTA, and thus suppression of endogenous natural Testosterone production. This has been mentioned earlier, and studies have demonstrably shown reductions in blood plasma levels of Testosterone following the conclusion of Ostarine use. However, if this is a course you want to persue, then do not exceeed 25mg per day. Dosages above this threshold lead to more significant testosterone inhibition. This is why Ostarine use in and of itself must require a PCT protocol, and many recommend the use of a PCT even following short Ostarine cycles just for the added measure of safety in this regard.

Similarly, bridging with Ostarine in between cycles of anabolic steroids is also not recommended even though this has become a practice among some bodybuilders. Initially, many within the athletic and bodybuilding community thought it to be a good idea when Ostarine first arrived on the PED scene, but studies and individual experiences have dictated that it is generally not a very good idea. It may be possible to bridge with Ostarine at low dosages, but the fact that there are other SARMs better suited for this purpose that do not negatively impact the HPTA has essentially very quickly rendered Ostarine obsolete for this purpose. 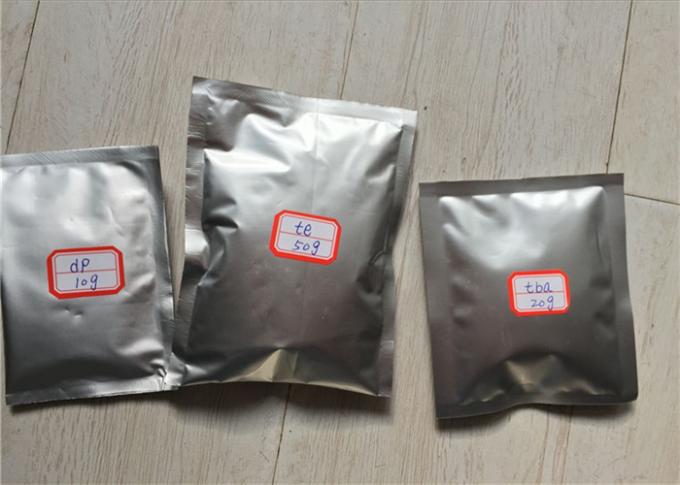